Today is Father’s Day, a day that I have always spent envious of people who grew up close to their fathers.  Although my relationship with my own dad is much better these days, I have never been close with him.

When I was growing up, my dad was on the road a lot.  He had a job selling insurance and was given a territory that spanned several states.  His job was to drive to different locations and speak with potential customers in person to sell them on the benefits of the insurance he represented.  His job had him travelling so much that we would be lucky to see him for a week in a given month.

My fathers job had him moving from one state to another every few years.  At a very young age, I learned that nothing was permanent and that there was no reason to get deeply attached to friends because with in a few years, we would move halfway across the U.S. to our next destination.  It was exciting to see new places and live in different homes, but I learned early on that depending on myself was what I needed to do. Other people (including my dad) would not always be around and shouldn’t be counted on.  By the time I was 7 years old, I had lived in 4 states and that experience, at such a young age, is what molded me into having difficulty being close to friends or family.

My mom truly spent many years in the role of single mom and her stress level was often through the roof.  Even so, she was the one who was always there and the only one I depended on (to some extent).

I remember when my dad would come home from his latest round of working a given territory, he was stressed, exhausted and had little patience.  My mom and dad fought often and I felt isolated.  For some reason, my dad was particularly close to my little sister and would pour all of his affection and love onto her.  I was ignored.  The only time I seemed to get any attention was when my sister was unhappy with me and then I would get yelled at or punished by my dad.

I remember several mornings waking up, asking where my sister and dad were at and my mom would say they went out for breakfast.  They did this each time my dad was back in town and I was never invited.  My mom didn’t try to help me with my relationship with my father either.  No one was there to show support for me or make me feel wanted or important.

If I confronted my father about spending time together, he would say, “what can I do, you don’t like to go out to eat?”  Which by the way was untrue.  If I pointed that fact out, he would say, “well you weren’t up when we went or I knew you would just say no anyways.”  His excuses were just that, Excuses.  There was no basis behind any reasoning and it left me feeling even worse.  I didn’t understand why my dad had no interest in me and why he tended to push me away.  To this day, I still don’t get it.

One day, my father got in a fight with me and I yelled at him.  I said, “I know why you had another child.  It was because you were so disappointed when I was born.”  He just stood there and stared at me and never said a word.  It was the moment I knew I didn’t have a dad and really never did.

Years later, my parents divorced.  I was in my early 20’s when it happened.  A strange thing happened in that my dad began making a small effort to have me in his life.  It felt so good to get some attention but at the same time so fake.  Now that my dad was on his own and trying to sort out his own life, now he wanted me around?  I didn’t trust his motives and felt that the moment his footing was solid, he would walk away from me again.

It took years to have any sort of a relationship with my dad.  Honestly, it was when my oldest child was born that some of the bad feelings subsided.  My daughter was the first grandchild and my father showed her so much love and affection that it helped to mend my own broken heart.

A few years later, it was my dad who went with me to each court appearance when I was going through a particularly nasty divorce.  The support was needed, and I was grateful.  Sadly, I was never able to capture the closeness I so badly wished for.  I think my dad was able to get out his personal feelings of helplessness by going to these court appointments with me.  When he had divorced my mom, he never fought for anything, he just walked away.  He then spent years rehashing how my mom got everything and he had nothing.

Today, my father and I have a fairly amicable relationship.  He is wonderful to his grandkids and shows he cares as much as he possibly can.  There is still one thing that I have never been comfortable with though, and that is Father’s Day.  I care for my father, but have never felt that dad connection.  To me, he is like a friend I have known for years, but not in a close way.  I guess you can say he feels like an acquaintance I have known for a long time.  He doesn’t know the guts of me, and I know just as little about him.  We have found a way to have a relationship that isn’t strained, but there just isn’t any feeling behind it.

So, every year on Father’s Day, I will call my dad and wish him a Happy Father’s Day out of a sense of obligation, but not because I feel strongly about celebrating the day.  I know it sounds awful.  There are people who have lost their father’s and would give anything to have them back.  The thing is, I already mourned my father when I was small.  He was never there and all of the years I tried so hard to create a relationship with him was met with a lot of heartache.  I wish I was close to him now, but I just can’t find the feeling.  It’s not that I am holding grudges, I have a relationship with him, I just feel numb and have never been able to get rid of that feeling.

I wish I was one of those people who posted pics and good memories on my Facebook page.  The sad thing is, I don’t have even one picture of me with my dad.  My sister is in many pictures with my dad when we were kids, but I guess my mom (who would have been taking the pictures) either never saw a moment when I was with my dad worth capturing or there was honestly no times when the two of us were together for her to snap a picture.  Today, Facebook is bogged down with good wishes for fathers and I am happy to see that so many people have had wonderful memories and cherish their dad’s.  I just wish, I knew what that felt like and could do the same.

This site uses Akismet to reduce spam. Learn how your comment data is processed. 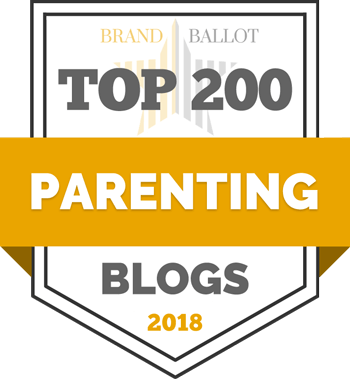